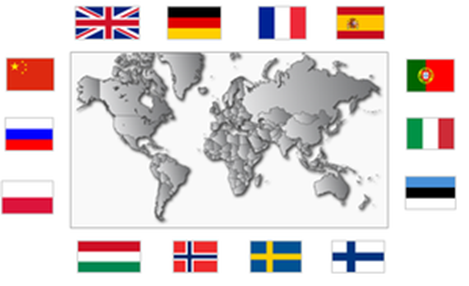 The IEWG was founded over 50 years ago.
Our goal is to unite pastoral care for deaf people within Christian churches. To facilitate opportunities for mutual exchange. To offer biennial conferences, symposiums. To advocate and promote new ideas.

By founding in 1940 or in the beginning of the 1950th, the IEWG was named IÖAK (“International Ecumenical Working Group of pastoral care for deaf-mute people”). The renaming happened before few years. Moving spirits by founding where the Scandinavians and the Suisse in person of Eduard Kolb. By and by the Americans supervened, from the Missouri Synod to Gallaudet College. The chairman of the German Working Group became member too. The goal was, to support work form deaf people from all over the world. Very soon, the German Catholic Church was interested. By and by the polish Catholic Church supervened. A great advantage was the ecumenical international work, so that, for example people from DDR are allowed to come, wherever a conference was, with the exception of West-Germany. So all conferences were outside of Germany.

Soon, the work extended to Africa, Tanzania, Eritrea, Ethiopia, Kenya and many more African States. Furthermore, the Work came to India and South-America.

Then, when Mermod from Genf should take the lead, he died by an accident. The great convention in Genf 1075 he could arrange already. Meanwhile Monsignor Römer of the German Catholic Church could take the lead and the Catholic Church has spent a lot of money in the work, mainly in East-Europe. The next convention was in Bulgaria by the black sea (1979). The next great convention after that was in Vatican 1983. The great conventions are always subsequent to the World-Meetings of the Deaf, what happened all 4 years. 1987 it was in Turku (Finland). 1991 it was in Washington. Then the work paused a while and was rediscovered for a few years.